CEPLAS opened the doors to about 40 children who gained insights into everyday laboratory life.

Together with the Center for Advanced Imaging (CAi) and the Institute for Synthetic Microbiology, CEPLAS participated for the second time in the nationwide WDR campaign "Türen auf mit der Maus".

According to the WDR motto "Exciting compounds", this year the children took a closer look at the pigment phycocyanin, which produces a blue color in cyanobacteria (blue-green algae) and, as a food dye, turns gummy bears blue. The cyanobacteria were already clearly visible to the children at low magnification levels in the light microscope and caused great astonishment among the little researchers.

After the children were equipped with lab coats and divided into different groups, they started a tour of several stations. Dr. Sebastian Hänsch from CAi explained the principle of fluorescence of dyes to the children via small descriptive experiments and then showed them autofluorescent cyanobacteria in the confocal microscope. In addition, the little guests were guided through a laboratory where the team of the Institute of Synthetic Microbiology presented impressive equipment, such as bioreactors for cyanobacteria.

When the children had also received a blue gummy bear and a certificate at the end, an insightful and interesting glimpse into research was complete. The parents who had joined the tours were also thrilled that the doors of the laboratory at HHU had opened on this day not only for the children. Professor Stefanie Weidtkamp-Peters from the CAi gave a positive summary: "It was fantastic to see how interested the children were and how quickly they grasped the scientific connections. A great action that we will continue!" 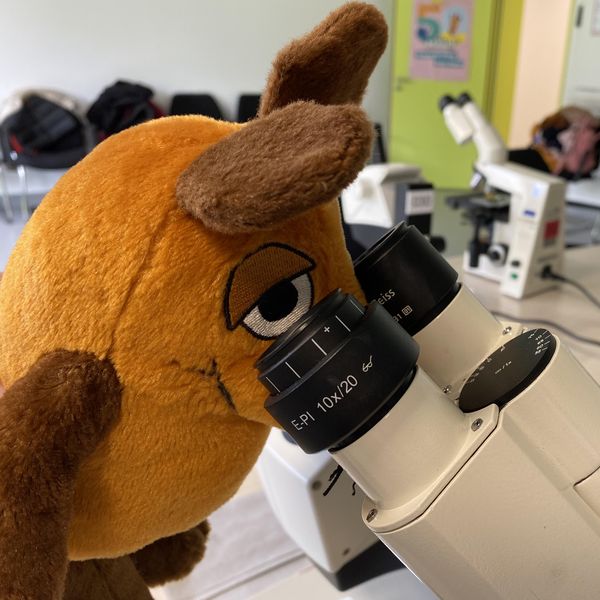 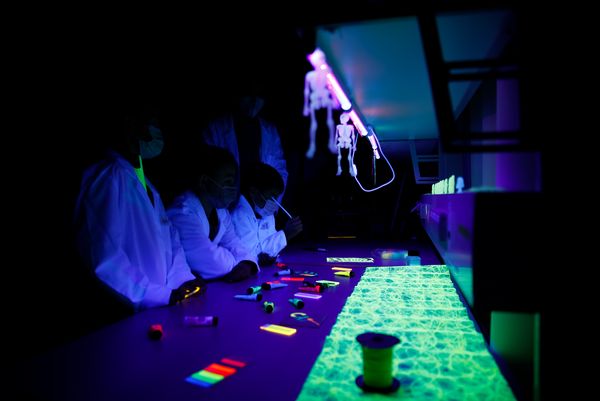 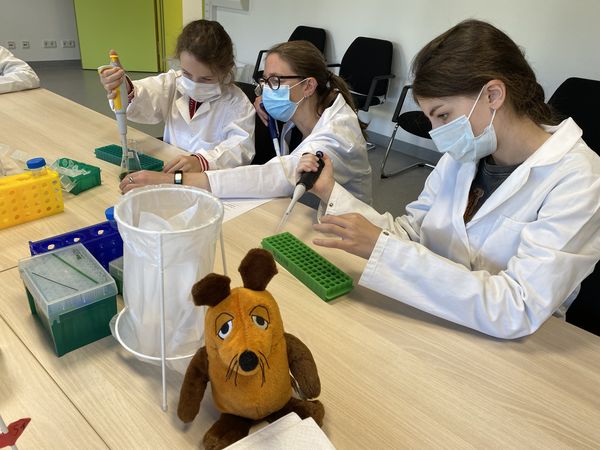 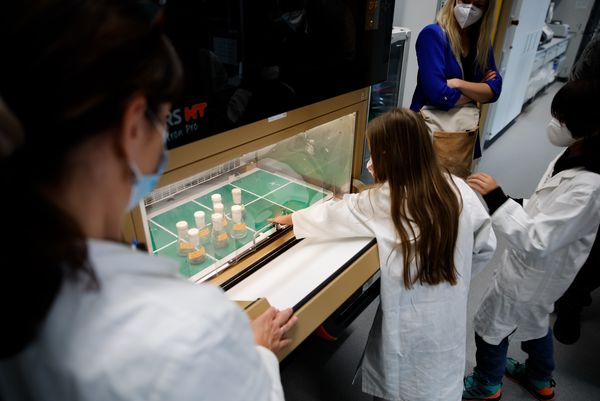