Daniel Moser and Ilyse Putz have been elected as PhD representatives, Uriel Urquiza and Adélaïde Raguin as representatives of the CEPLAS Postdocs for the next year.

The representatives will take care of the needs of their peer groups for the next year and organize the Early Career Researcher’s seminar and other activities.

Daniel Moser has been elected as joint representative of all Early Career Researchers and regular member of the CEPLAS Steering Committee, and Uriel Urquiza as the deputy.

Some more information on the representatives’ background:

Daniel did a Bachelor Plus/International in Biochemistry at HHU. He joined the CEPLAS Grad School in 2019 and has just started his doctoral research project in Gunther Döhlemann’s group at UoC.

Ilyse is from the United States and after a Bachelor in Minnesota she joined the CEPLAS Grad School in 2020.

Uriel did his BSc in Genomics in Mexico and then moved to Scotland to do his MSc and PhD at the University in Edinburgh. After his first postdoc in Edinburgh, he started his CEPLAS postdoc in Matias Zurbriggen’s group in 2019.

We thank the leaving representatives of the early career researchers, Rachel Denley Bowers and Milena Malisic, for their engagement during the last year! 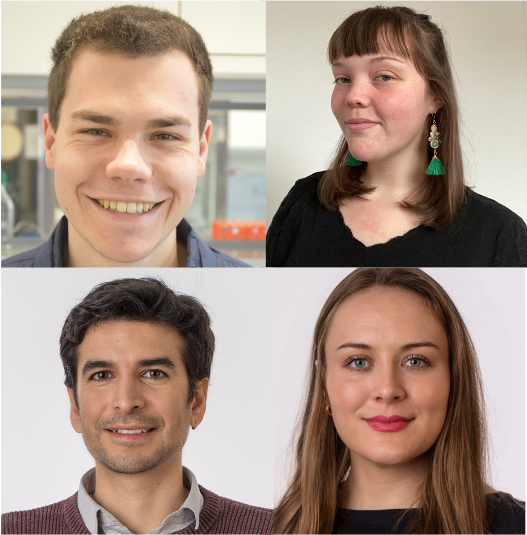