CEPLAS members Rubén Garrido-Oter and Paloma Duran (MPIPZ) show that terrestrial algae have a microbiota analogous to that of land plants.

Their findings suggest that microbiota assembly is governed by core ecological principles that are conserved between land plants and chlorophyte algae.

Land plants assemble complex communities of microbes, which are mostly composed of bacteria and fungi that inhabit the surface and interior of their roots and leaves. These partnerships are observed across diverse plant species and provide the host with beneficial functions such as enhanced nutrient acquisition or protection against pathogens. This has led to the hypothesis that the ability to associate with certain microbes was a critical innovation necessary for plants to conquer terrestrial habitats around 450 million years ago. Now, a study led by CEPLAS Principal Investigator Dr. Ruben Garrido-Oter based at the MPIPZ, provides evidence that the ability to engage in these partnerships is not limited to land plants but can also be found in soil-borne microscopic photosynthetic organisms that assemble microbiota that are strikingly similar to those of their distant relatives. The paper describing their findings has now been published in Nature Communications.

The research team, spear-headed by postdoctoral researchers Dr. Paloma Durán and Dr. José Flores-Uribe studies a conserved and possibly ancestral process of microbiota assembly. For this, they use two different model organisms, the angiosperm plant Arabidopsis thaliana and the chlorophyte algae Chlamydomonas rheinhardtii, to study the conserved and possibly ancestral process of microbiota assembly on photosynthetic hosts. Growing these two organisms in natural soil side-by-side, the scientists demonstrated that Chlamydomonas is able to recruit a microbial community from the surrounding soil that is remarkably similar to that found in the roots of Arabidopsis, as well as to those of other land plants, including lycopods, ferns, gymnosperms, and several other angiosperms. In order to further characterize these communities, collectively referred to as the phycosphere microbiota (analogous to the root and rhizosphere microbiota in plants), the authors isolated and sequenced the genomes of a large number of bacterial strains. Using this collection of environmental microbes, the MPIPZ/CEPLAS researchers designed synthetic microbial communities of reduced complexity, or ‘SynComs’, that represent a powerful tool for the study of host-microbe interactions. By inoculating germ-free plants and algae hosts with different SynComs, the authors found that phycosphere and root bacteria assemble into similar communities on either host. Remarkably, when SynComs were swapped between hosts, Arabidopsis plants and Chlamydomonas algae still assembled similar microbiota, providing an example of microbiota complementation between highly diverse organisms. Their results suggest that the mechanisms mediating the interaction between photosynthetic hosts and beneficial environmental bacteria are at least partly conserved from photosynthetic algae to plants, organisms that are separated by at least 500 Mya of evolutionary distance.

“Although it was previously not clear whether soil-borne algae could assemble their own microbiota,” says co-first author Dr. Durán, “it is perhaps not surprising considering that they, like land plants, secrete considerable amounts of organic carbon derived from photosynthesis into the surrounding environment”. These compounds are crucial sources of nourishment for the organisms that make their homes in the soil, and are often limiting for microbial growth. Secretion of these by-products of photosynthesis could therefore constitute a core and possibly ancestral mechanism for host-microbiota interactions across the green tree of life. However, co-first author Dr. Flores-Uribe believes that this might not be the whole story: “One of the biggest surprises came when we tried to demonstrate that provision of secreted compounds was sufficient for phycosphere assembly”. For this, the authors developed a reductionist system where algal and bacterial cells could be separated, while still allowing for exchange of metabolites. “The results from these experiments were not what we expected and showed that physical proximity is also required for the formation of the algae microbiota”. While future investigations will focus on determining the precise mechanisms driving these phenomena, this work represents a landmark study that sheds light into the structure and functions of terrestrial phycospheres and the evolution of plant-microbiota associations. 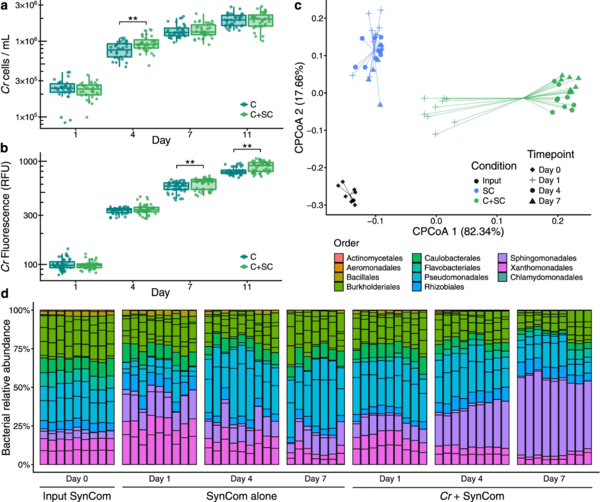 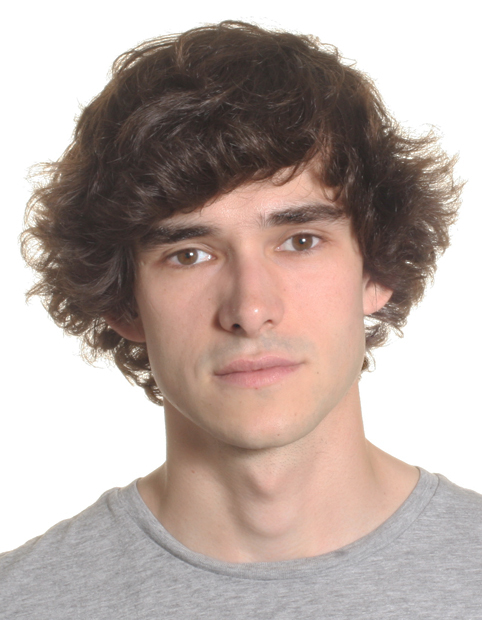 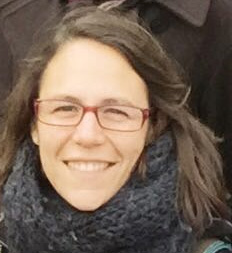