CEPLAS members informed a broad audience at two science talks and an information stand in Düsseldorf.

"I didn't think that so many visitors would come to the Night of Science and show such great interest in our research," summarized Guido Grossmann, who was one of the CEPLAS members at the stand. Indeed the response to the event "Nacht der Wissenschaft" organized by Heinrich Heine University Düsseldorf for the fourth time in Düsseldorf was very positive.

Titled " CEPLAS – SMARTe Pflanzen für die Anforderungen von morgen ", CEPLAS was one of 55 exhibitors who had set up a stand on Schadowplatz in Düsseldorf. In order to make individual research topics of CEPLAS accessible to the visitors, the researchers had brought large cubes. On each cube, one topic was explained in a short and understandable way.

Together with BioRiver and the IHK Düsseldorf, CEPLAS had organized a science talk on the topic " Grüner wirtschaften – Wissenschaft für nachhaltige Ernährung ". CEPLAS member Paul Schulze-Lefert discussed together with start-up founder Rebecca Melcher and Sigurd Buchholz (Bayer) how research on plants and the use of biological raw materials, processes and mechanisms can make our lives better.

Despite the late hour of 10 pm, CEPLAS speaker Andreas Weber attracted numerous visitors to the Science Talk with his contribution "Alles Mutanten!". He described various mutants that are part of our everyday life and had brought along some cabbage plants as illustrative material. 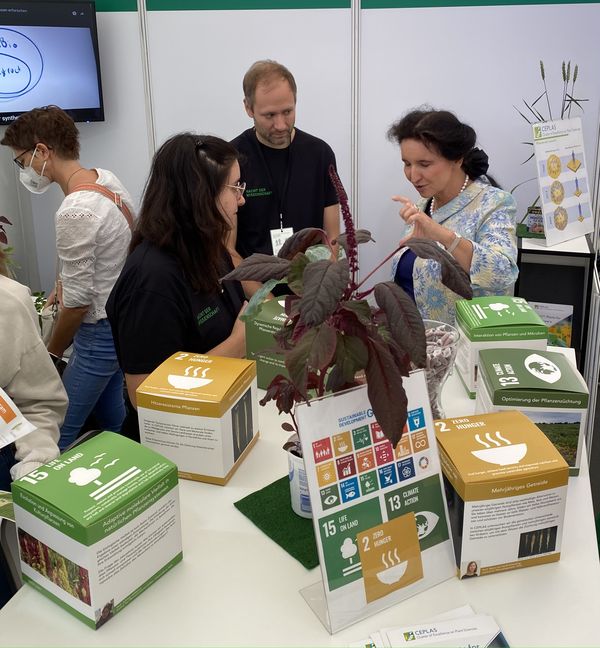 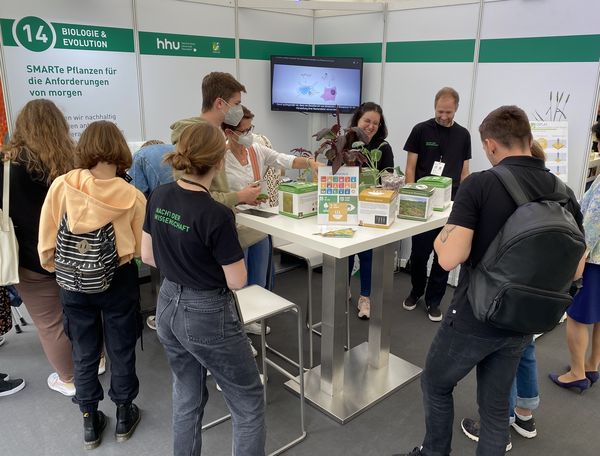 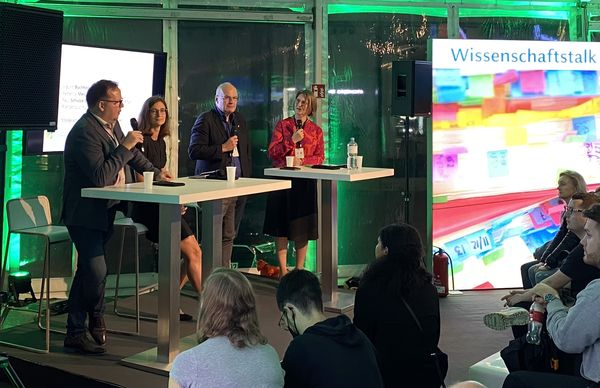 Science talk in cooperation with Bio River and IHK Düsseldorf 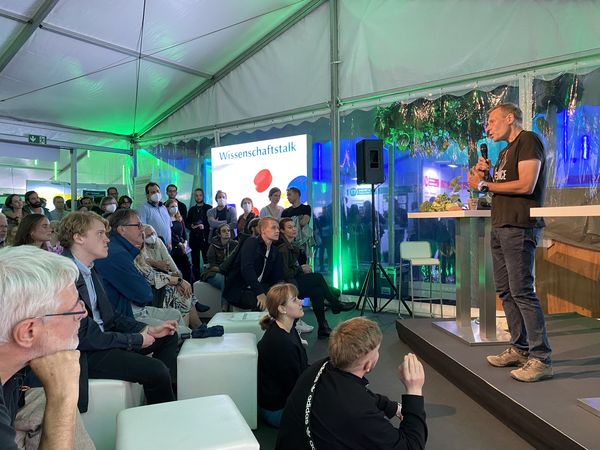