With CO2 pricing and storage out of the climate crisis

About 100 viewers followed the CEPLAS Online event and discussed about solutions to the CO2 problems.

The greenhouse gas CO2 is the main contributor to anthropogenic climate change. Can measures such as CO2 pricing or storage methods like CCS (Carbon Capture Storage) lead out of the climate crisis? Four speakers came to the O.A.S.E. of the HHU on 16 October to discuss possible solutions to the CO2 problem. About 100 viewers followed a live stream of the event on screen and sent their questions in a live chat.

In the first presentation, Prof. Michael Schmitt from the HHU described how much CO2 is in the atmosphere and how it gets there. For example, about 40% of global emissions were caused by electricity and heat generation. He also answered the question why it has been proven for about 50 years that CO2 is largely of anthropogenic origin. He also made a reference tot he present stating that CO2 emissions had fallen significantly during the shutdown in the Corona crisis. However, this positive effect would have now largely disappeared again.

Prof. Christoph M. Schmidt from the Leibniz Institute for Economic Research in Essen and until February 2020 Chairman of the „Wirtschaftsweisen“, provided a political solution to the climate crisis advocating a price for CO2. " Der globale Deponieraum Atmosphäre wird derzeit übernutzt," said Prof. Schmidt, calling for a reduction. He explained that politicians could set positive and negative incentives to steer behaviour in the desired direction, which would be implemented in the EU with the European Emissions Trading Scheme (ETS). In this context, he emphasized the importance of a social balance and a funtioning domestic economy. Compensation would therefore have to take place in a multi-stage system. In international negotiations, other countries should also be encouraged to participate, after Europe has set a positive example.

Dr. Peter Viebahn from the Wupptertal Institute for Climate, Environment and Energy presented another approach to solving the CO2 problem with the CCS method for storing CO2 in underground reservoirs. This method could be used in coal or natural gas power plants, for example. He explained that the potential importance of CCS differed strongly from country to country and depended on the existing structures. In Germany, for example, CCS would be of little importance due to the promotion of renewable energies, whereas in coal-producing countries such as China or India, CCS was of high relevance.

Prof. Andreas Weber from the HHU highlighted an approach from the plant sciences. He first pointed out that, contrary to what might be assumed, plants under high CO2 emissions and the resulting temperature increase would not have optimal growth conditions,. For example, high temperatures prevented seed formation in some barley variants. In order to adapt plants to these changed climatic conditions, with classical plant breeding, long time periods had to be taken into account, which could be shortened significantly by using CRISPR/Cas technology. In impressive pictures from NASA, Prof. Weber demonstrated how plant growth could influence the CO2 content in the atmosphere. By now, he said, various large-scale research projects are investigating how plants could be used to extract CO2 from the atmosphere.

In the following discussion, led by moderator Tim Neuhaus of Hochschulradio Düsseldorf, all four speakers answered questions from the audience. Various questions, e.g. on GEO engineering or the possible storage of methane, were collected in a live chat and resulted in a 45-minute lively discussion, which completed a successful event. 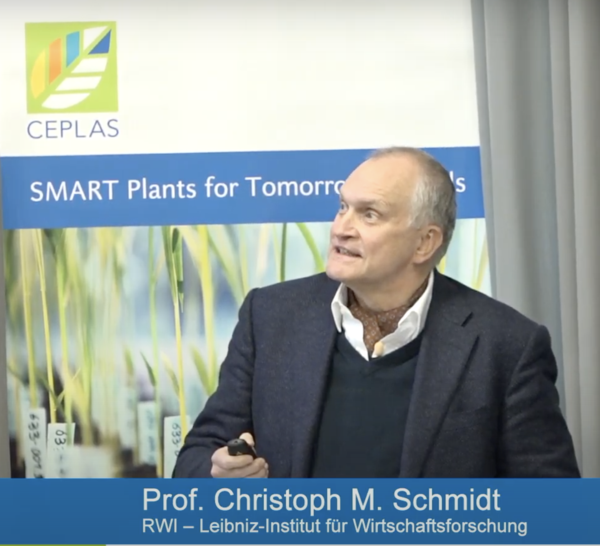 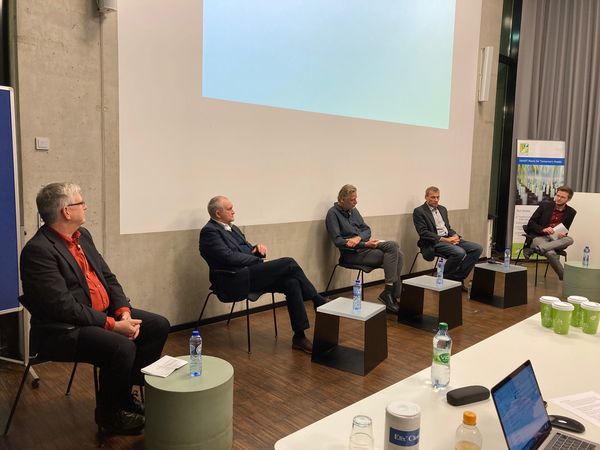 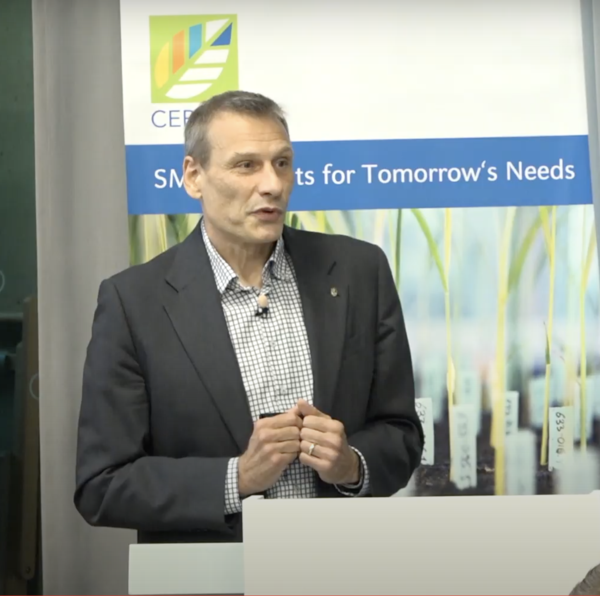 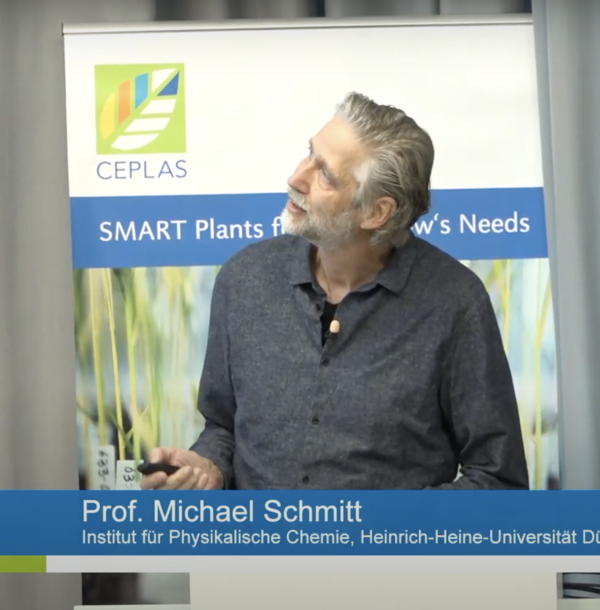