New publications by the group of Maria von Korff Schmising.

Shoot architecture is a fundamental determinant for the productivity of crop plants. The modification of shoot architecture is achieved through coordinated changes in the development and determinacy of different shoot meristems. It is consequently of great interest to identify the genes and genetic variants which influence the timing of meristem identity transitions and thereby the number leaves, flowers and seeds. Here we identified the MANY NODED DWARF1 (HvMND1) gene as a major regulator of plant architecture in barley. Detailed analysis of plants carrying mutations in the HvMND1 gene revealed that HvMND1 is coordinating reproductive phase transitions and thereby impacts reproductive versus vegetative growth. We showed that HvMND1 is encoded by an acyl-CoA N-acyltransferase which modulates expression of important developmental genes and microRNAs of the age pathway. This project within CEPLAS provides novel insights into the genetic control of phase change and vegetative versus productive growth in an important crop plant which are of value for basic research and crop improvement.

The circadian clock is an intricate molecular mechanism that helps living organism to anticipate daily environmental changes such as sunrise and sunset or warm days and cool nights. In crops, the circadian clock controls agronomic traits important for productivity. The clock consists of interconnected transcriptional circuits, which regulate each other as well as multiple other output genes. Despite its importance, the composition of the crop circadian clocks and effects of the clock on gene expression (transcriptome) are not well understood.

Here, we surveyed transcriptomes of a barley cultivar and mutants carrying lesions in the clock genes and modelled a possible structure of the barley circadian clock.

We discovered that about one-quarter of all the barley genes are controlled by the clock based on the premise that the clock-regulated genes maintain rhythmic expression for several days even in the absence of the environmental signals (free-running).

In the clock mutants, under the free-running conditions, expression of most of these genes lost rhythmicity.

However, the light regime simulating days and nights restored the rhythmic expression of the circadian-controlled genes in the clock mutants thus compensating for the non-functional clock. Using modelling, we predicted a possible structure of the barley clock and new interactions between its components.

This project within CEPLAS is expanding our views on how the crop circadian clocks function and provides a valuable resource for projects aimed to exploit diversity of the circadian clocks and rhythms in crop improvement. 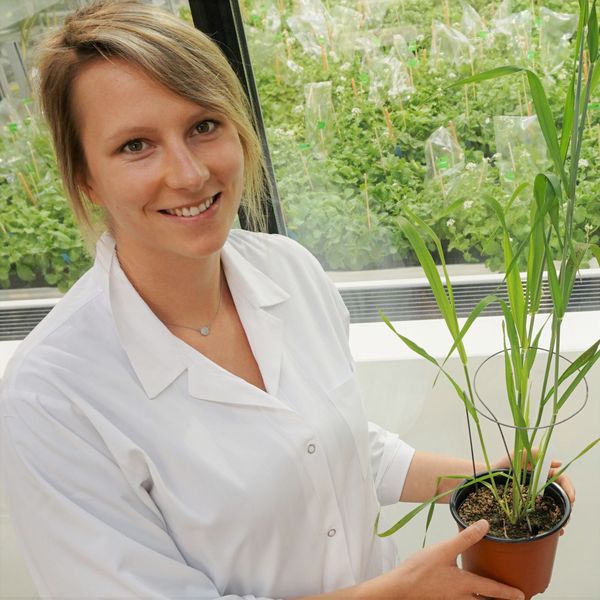 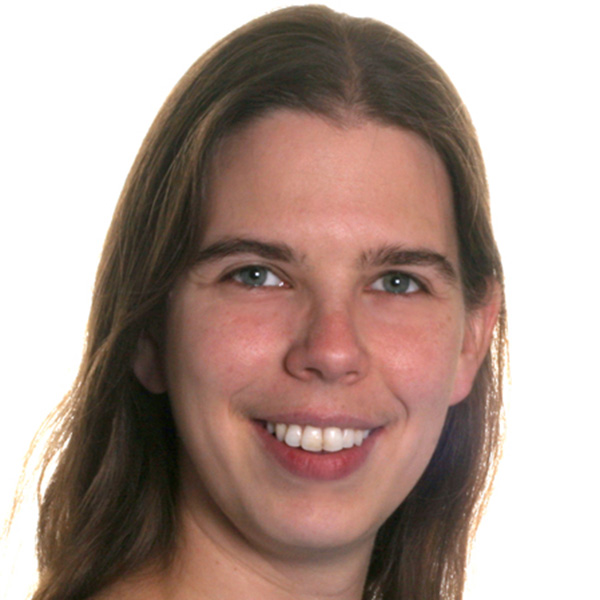 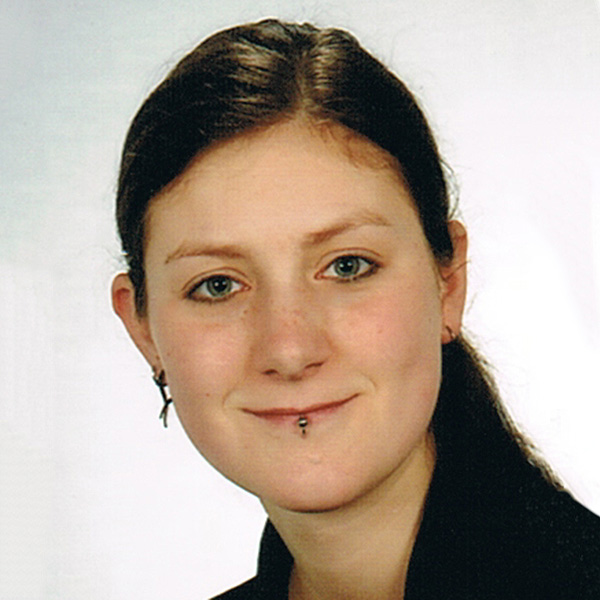 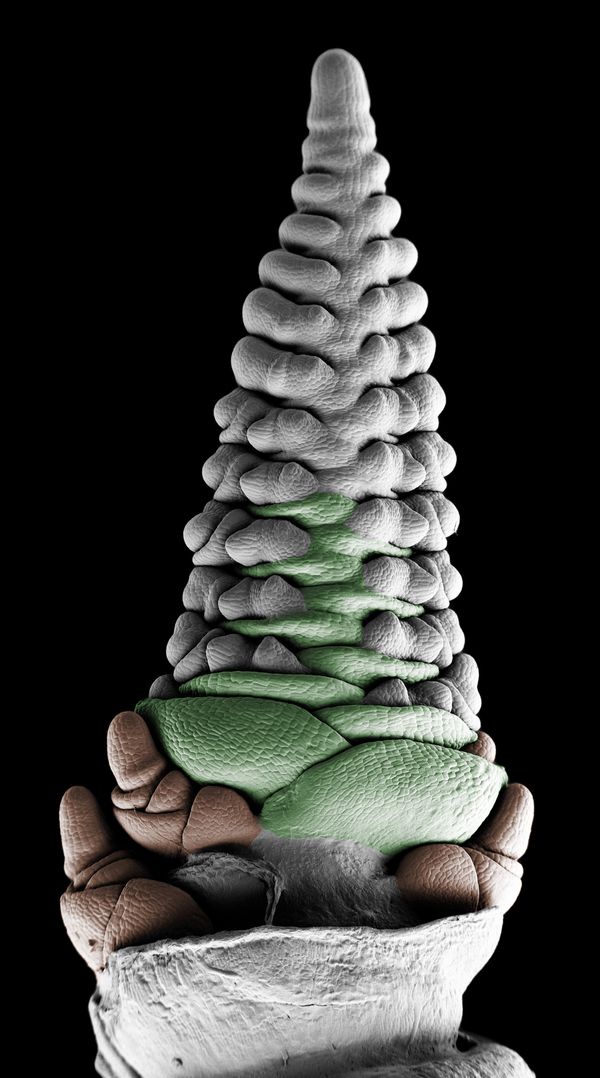 Scanning electron microscopy image of a developing inflorescence in the barley mnd1.a mutant.