The role of plant research in the Green Deal

More than 80 interested participants at the CEPLAS online event on the Green Deal.

In December 2019, the European Commission presented the "Green Deal", a far-reaching program for more climate and environmental protection in the EU. Climate neutrality by 2050 is at the heart of the action plan, which ranges from reductions in greenhouse gas emissions to investment in top-level research and innovation to the protection of Europe's natural environment.

What is behind the Green Deal and why is it necessary? What proposals are available for implementing the goals? What role do innovations and science play in this context? These questions were discussed in an online CEPLAS event titled „Green Deal: Wie tragen neue Pflanzen zum Erreichen der Ziele bei?“ on June 17. In several keynote speeches by representatives of the European Commission, science and industry, the measures of the Green Deal and the possible contributions of plant research to achieving the goals were highlighted. In a subsequent discussion round with additional representatives from agriculture and society, a dialogue was opened in which numerous participants from the audience also took part.

Dr. Olaf Heidelbach from the European Commission first presented the components of the Green Deal, focusing mainly on the "farm to fork strategy". He explained the goals of the strategy, which include a reduction of pesticides but also of the use of fertilizers. In addition, 25% of agricultural land is to be farmed organically by 2030. Research will play an important role in achieving the goals, said Olaf Heidelbach, and therefore the funding program "Horizon Europe" has been launched.

The challenges for plant research to achieve the goals of the Green Deal were explained by Professor Peter Westhoff of Heinrich Heine University (HHU). According to him, the developments in resource consumption of agricultural systems, in global climate change, and also in the world population make approaches to solutions a "squaring of the circle." He described the tasks for plant research as an "Apollo project" in which there should be no prohibitions on thinking and using with regard to the repertoire of methods.

Professor Maria von Korff Schmising (HHU) explained concrete examples from plant research for resource-saving agriculture in her keynote lecture. She described genetic diversity as a resource and reported on studies in which a gene from wild barley improves fertility under heat stress. In another example, she reported on perennial cereal crops that have drought advantages over annuals due to improved nutrient and water use. Because crossing annual and perennial species is lengthy and difficult, she suggested the use of genome editing.

Dr. Klaus Kunz of Bayer AG believed that the Green Deal represents an opportunity for his company, and that the issue of "sustainability" has been at the core of the company's business strategy for several years. For example, Bayer would like to help farmers produce in a climate-friendly way in the future, and he argued that they should also be rewarded for this with certification mechanisms. With regard to the EU's proposed general 50% reduction in crop protection products, he advised that preference be given to those products that have a higher environmental impact.

Dr. Natalie Laibach and Hubertus Paetow introduced the discussion with short statements. Natalie Laibach of the “Ökoprogressives Netzwerk” explained that ecoprogressivism should actually be a good foundation for the Green Deal. However, she questioned whether resource consumption can actually be decoupled from economic growth in the EU.

In his statement, the president of the “Deutsche Landwirtschafts-Gesellschaft”, Hubertus Paetow, called for cooperation from the entire production chain to the consumer in order to achieve the goals of the Green Deal. A sustainable food system, he said, is a project for society as a whole and not just for agriculture.

The event was professionally moderated by Johannes Pennekamp, who is department head of the “Wirtschaftsberichterstattung” at Frankfurter Allgemeine Zeitung. In the lively and constructive discussion, the audience was interested in topics such as the new breeding methods or a possible circular economy for phosphate. All participants agreed that a dialog between the various interest groups is very important, to which the event certainly contributed.

Video of the event: https://www.youtube.com/channel/UCl8CaZnPRkFZSu9TyD6zYWg 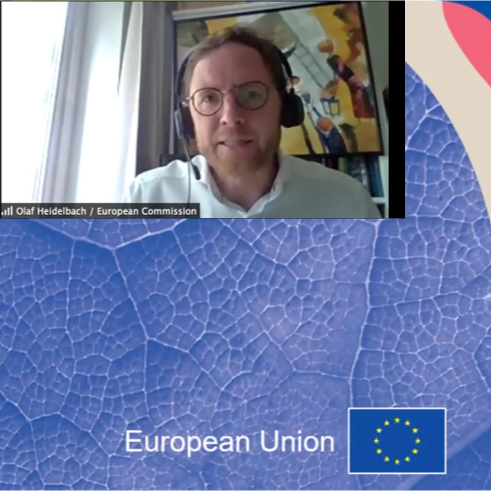 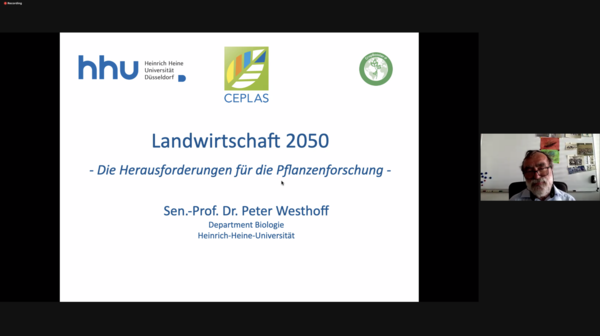 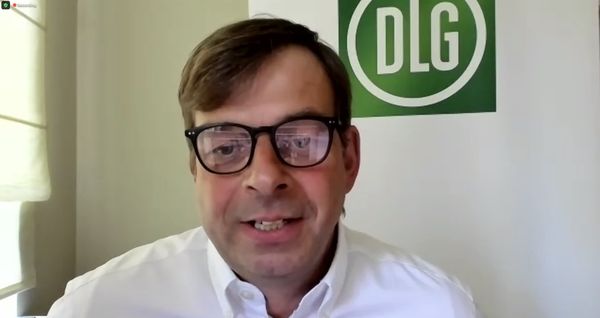