Securing future and competitiveness with bio-economy

On Thursday, 3 September CEPLAS had invited to the online discussion event "Science meets Industry – Was steckt in der Bioökonomie?" and addressed more than 100 interested participants with this topic. North Rhine-Westphalia‘s Minister for Economic Affairs, Innovation, Digitalisation and Energy, Prof. Dr. Andreas Pinkwart, opened the event with a few words of welcome.

The perspectives and challenges of the bio-economy were discussed in three panels with representatives from science, industry and politics. Participants could follow the stream on screen and send their questions in a live chat. The event took place in the context of the Wissenschaftsjahr 2020 Bioeconomy and was supported by Bayer AG.

In the session "How red is the bio-economy? Potentials of new medical therapies", the importance of medical biotechnology and the identification of new active ingredients and mechanisms of action from natural ecosystems were discussed. Dr. Viola Bronsema from BIO Deutschland e.V. emphasised that the bio-economy functions along a value chain and often takes place in small and medium-sized companies. She spoke of "science-driven projects" which are often based on university spin-offs. When asked about the competitiveness of companies in North-Rhine Westphalia (NRW), Dietmar Bell from the SPD Parliamentary Group emphasised that it is the task of politics to support research in companies.

During the discussion on the role of strong plants for the UN sustainability goals, all participants agreed that new approaches in plant breeding and also in plant protection must be taken to meet global challenges such as climate protection and food security. Nyke Slawik from the Young Green Party in NRW considered the younger generation to be more "technology enthusiasts" than the older generation. She expressed high hopes for innovations, for example in the field of biochemistry. But uncomfortable debates would also have to be held, such as the ones on monocultures or meat consumption. Klaus Kunz from Bayer AG suggested that farmers should be involved in the transformation to sustainable management and, for example, be supported if they engage in climate-friendly farming.

Industrial biotechnology is a key component of the bio-economy. For example, the broad use of biotechnologically based production processes allows the resource-saving production of consumer goods. Albrecht Läufer from BluCon Biotech GmbH in Cologne provided an example for this. In his company agricultural residues are converted into a chemical intermediate product of lactic acid which is used to produce bioplastics. He would like to get more political support, e.g. for a training of biotech researchers that is as practical as possible.

When asked whether industrial biotechnology could become a driver of jobs, Dennis Radtke, Member of the European Parliament, answerd that biotechnology could take a leading position and become a job engine, especially in NRW. To this end, he would like to see stronger cooperation between companies and start-ups.

Prof. Peter Westhoff, HHU Vice-Rector for Research, summarized: "Our goal was to introduce the bio-economy closer to a broader public. Today, with a large audience and a lively discussion, we succeeded in doing this very well". 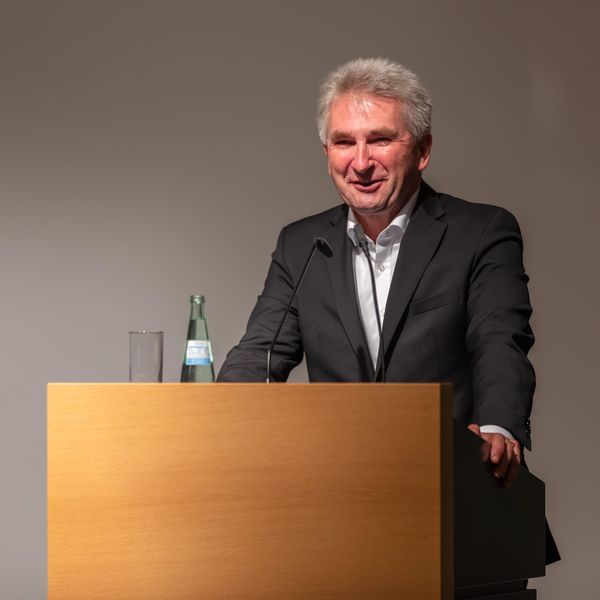 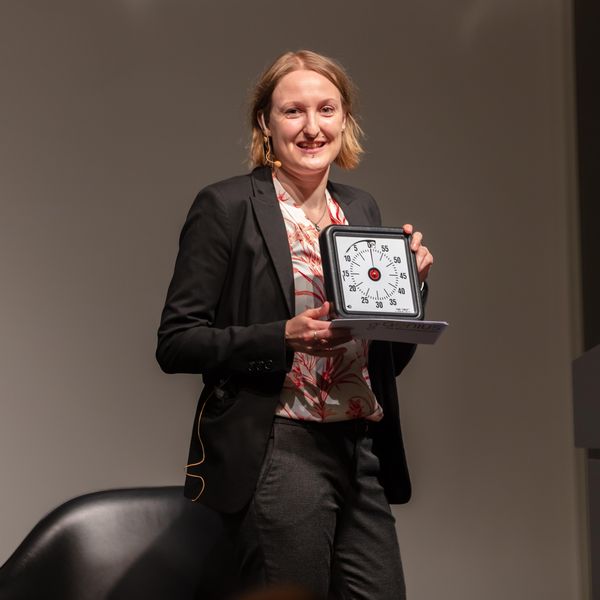 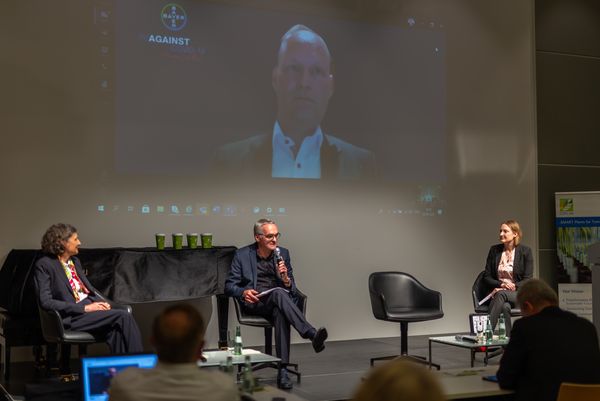 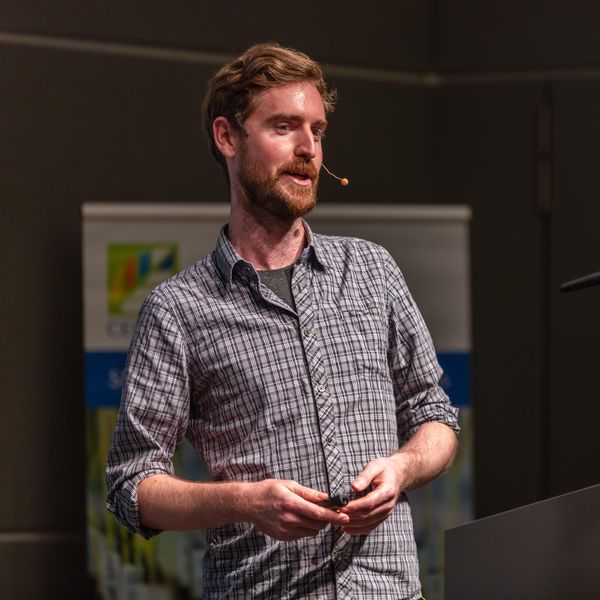 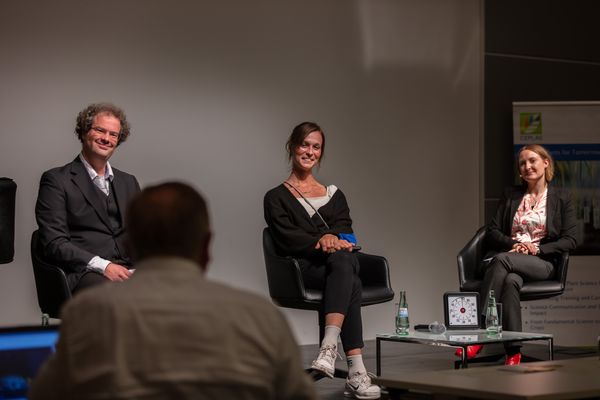 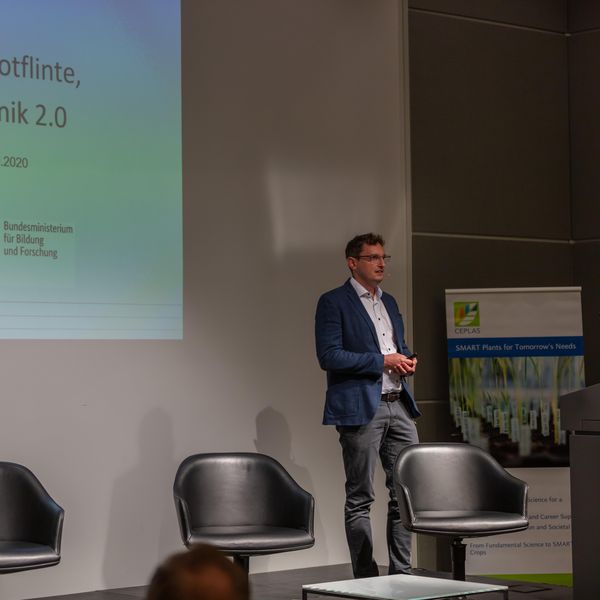 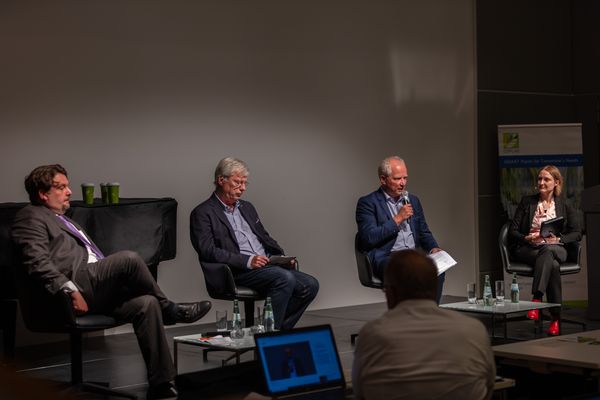 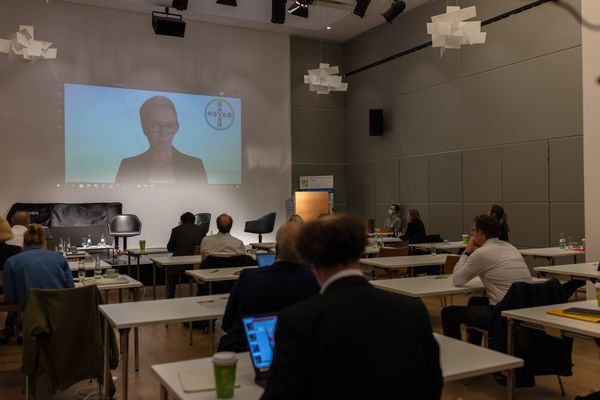