Insight into the regulation of flowering

Plants from the same species can occur with different phenotypes, e.g. some plants have more leaves or flower earlier than others. This diversity can be due to variations in gene transcription, which is controlled by transcription factors. Transcription factors are proteins that switch genes on or off and thereby can regulate the expression of proteins.

Transcription factors control important traits like flowering. In this study, for the first time two plant transcription factors from different species were compared  and it was shown that the the core function (flowering) is conserved while other functions (environmental stress) differ between species. 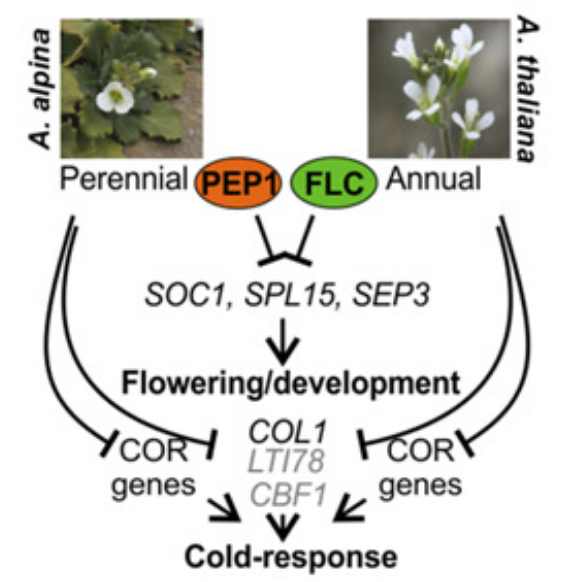