Around 70 interested participants in the online discussion with Urs Niggli, Petra Kluger and Matias Zurbriggen.

Agriculture is undergoing a fundamental transformation. There is broad social agreement that something must change in animal husbandry. Is it also thinkable to stop keeping livestock? What impact would this have on agriculture, our cultivated landscapes and genetic diversity? What alternatives do we have for meat from livestock?

These questions were discussed in an online event organized by CEPLAS entitled „Tierhaltung als Auslaufmodell: Woher soll das Fleisch der Zukunft kommen?“ on October 28, which was attended by around 70 interested participants. In several keynote speeches and a following discussion, it was highlighted whether sustainable agriculture without livestock farming makes sense and what alternatives are possible for meat production.

Professor Urs Niggli, President of the Institute of Agroecology and former Director of the ‘Forschungsinstitut für biologischen Landbau’ (FiBL), first clarified the high CO2 emissions caused by animal husbandry. He considers the global protein supply of the population to be one of the greatest challenges of the future and recommended a higher proportion of vegetable proteins in the nutrition and thus the cultivation of legumes, such as peas or beans. He also advocates sustainable use of grasslands, pointing to the 68% share of permanent grasslands worldwide. The importance of cycles will, in his opinion, increase. For example, food waste and by-products of grain cultivation, such as bran or pomace, should be used increasingly for animal production.

Professor Petra Kluger, Vice President Research, Reutlingen University and Professor of ‘Tissue Engineering and Biofabrication’, explained the advantages of meat from the laboratory. She said, that less land, energy and water are used, and there are also lower emissions of greenhouse gases when lab-grown meat is consumed. After explaining the process of producing lab-grown meat from animal cells to a "three-dimensional meat construct," she also made clear the challenges that still need to be overcome to transfer it to mass production. For example, there are still questions to be answered about culture media or quality control, as well as consumer acceptance in terms of nutrients or taste and consistency. Forecasts for the year 2040 predict about 35% lab-grown meat on the market.

Professor Mattias Zurbriggen, head of the Institute for Synthetic Biology at Heinrich Heine University in Düsseldorf and a member of CEPLAS, illustrated the alternatives that plant research can offer for meat production. To this end, he first described synthetic biology, which applies basic engineering principles to build complex biological systems with special properties. Matias Zurbriggen mentioned the successful tracing of the course of the SARS epidemic as a well-known example of the application of synthetic biology. He said that for the future meat, plants could be used as biofactories that produce fatty acids or carotenoids, for example, and thus increase the nutritional value in meat substitutes. In this way, allergen-free foods could also be produced.

In a following one-hour discussion, which was professionally led by journalist and moderator Lena Bauer, various questions arose, such as what the energy and greenhouse gas balance of lab-grown meat looks like, or whether meat from the lab could also be healthier than conventional meat. In addition, there was interest in the current global discussion surrounding the World Food Summit, which took place this year, and Prof. Niggli was able to provide valuable information on this topic. 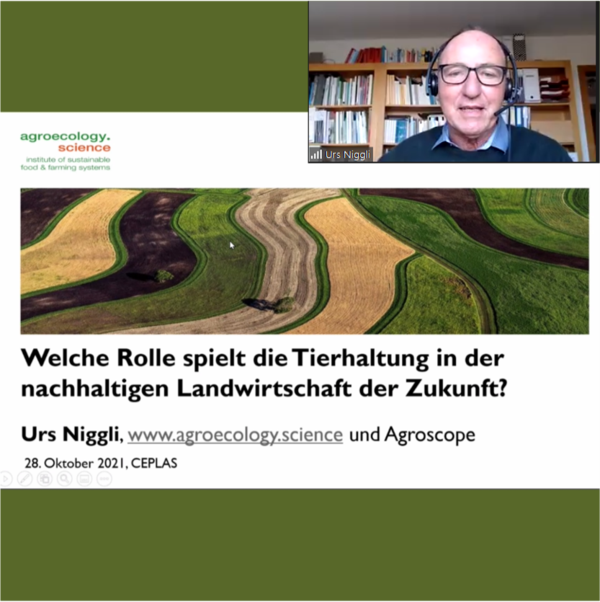 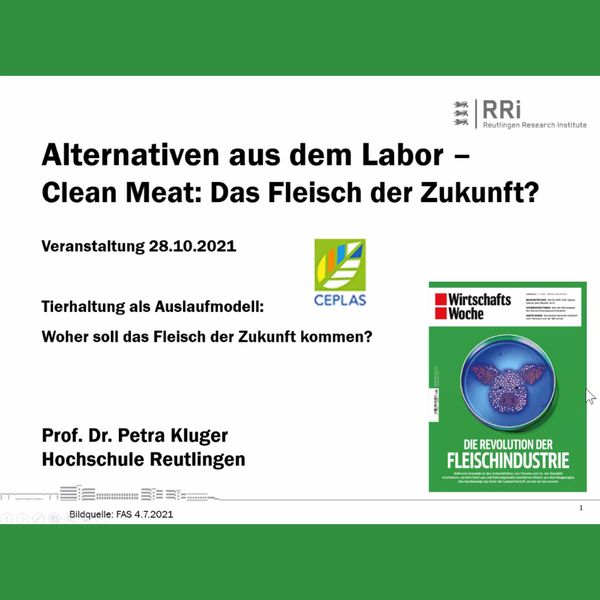 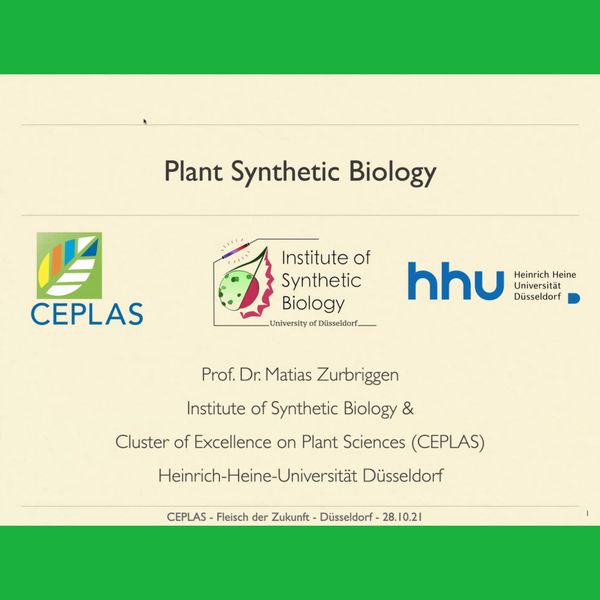