Together with representatives of the Cologne Clusters of Excellence CECAD, ML4Q and EconTribute, but also of ceres, the Gateway Excellence Start-up Center and the "Kölner Kinder Uni", two CEPLAS PhD students congratulated the mouse. Pia Saake and Priyamedha Sengupta had come to the greenhouses of the Botanical Institute where a WDR film crew recorded the birthday greetings of the CEPLAS representatives and made further recordings at other locations of the University of Cologne. The full video is available on WDR's Birthday Wall: video 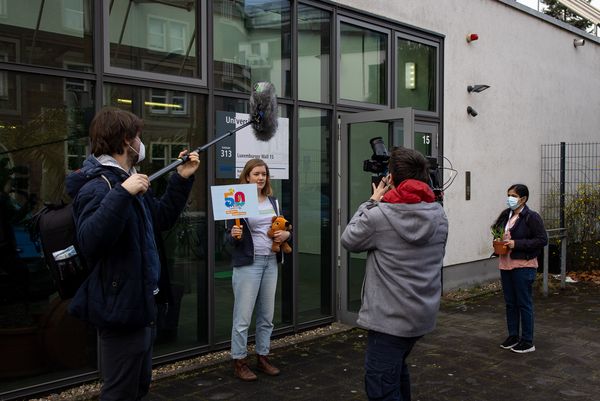 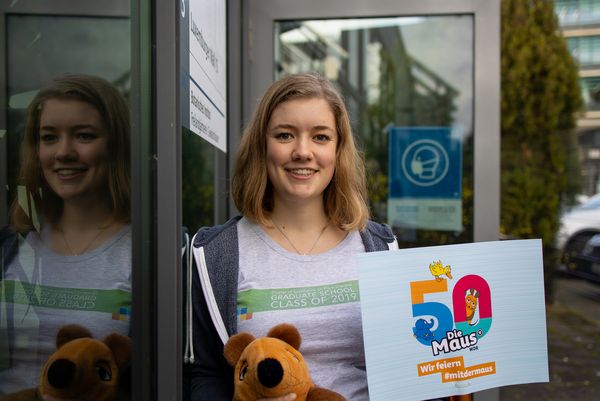 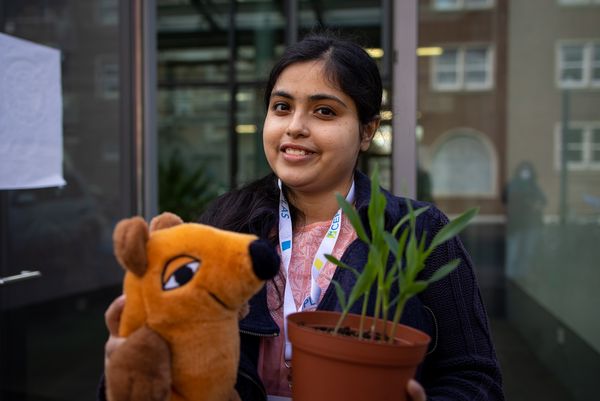