CEPLAS at Pint of Science

CEPLAS members from Düsseldorf and Cologne gave insights into the fascinating world of plant research at the Pint of Science Festival 2021.

What was supposed to take place in a cosy pub atmosphere was moved back to living rooms at home. This year's Pint of Science Festival took place online again, which had no impact on the very informative and entertaining contributions. Four members of CEPLAS participated by presenting their research topics.

As part of the Pint of Science Festival Cologne, Johana Stadtel (née Misas Villamil) from the University of Cologne participated on 17 May with a short talk and then answered questions from the audience. In her contribution, she answered the question of why the majority of plants do not get sick, although they are constantly surrounded by microbes that can cause diseases. In her lecture "I'm Still Standing: A Story of how maize plants overcome pathogen attacks" she informed about peptides that activate the plant's immune system.

On 18 May, the CEPLAS members Andreas Weber, Anna Matuszyńska and Sebastian Triesch reported at the Pint of Science Festival in Düsseldorf "Von Klimahelden, stotternden Motoren und mathematischen Modellen". Andreas Weber explained in his contribution why plants are the only true climate saviours. In order to remove carbon dioxide from the atmosphere as quickly as possible, plants can convert the CO2 into biomass, which is used as an energy source. The CO2 released during combustion should then be captured and stored in the soil, he said. In addition, a transformative change in agriculture must begin with a large-scale avoidance of animal husbandry.

Sebastian Triesch began his entertaining presentation by asking what an engine, a beer and a pineapple have in common. This was his introduction to the topic of "photosynthesis", which he compared to the engine of plants. This comparison made it easier for the audience to understand small "design faults" in photosynthesis and the possibilities for plant scientists to fix them.

Anna Matuszyńska took the audience into the world of mathematical modelling with her presentation "Mathematically speaking, what elephants have to do with modelling tomatoes!" Using the example of her research on trichomes (plant hairs) of tomatoes, she explained how a variety of information can be collected and systematically analysed in mathematical models.

After the presentations, the speakers were available to answer questions. 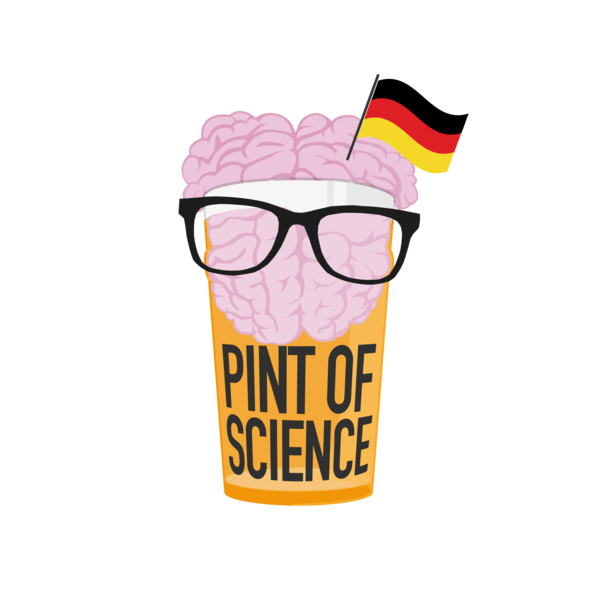 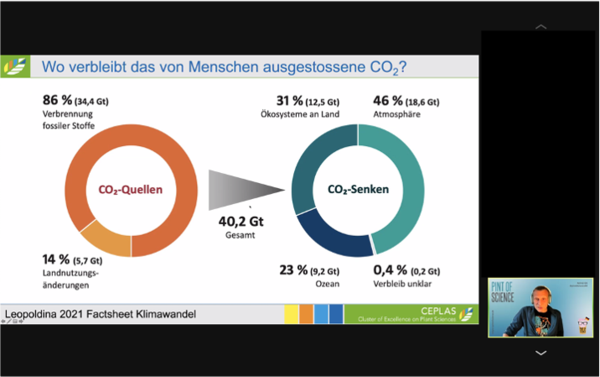 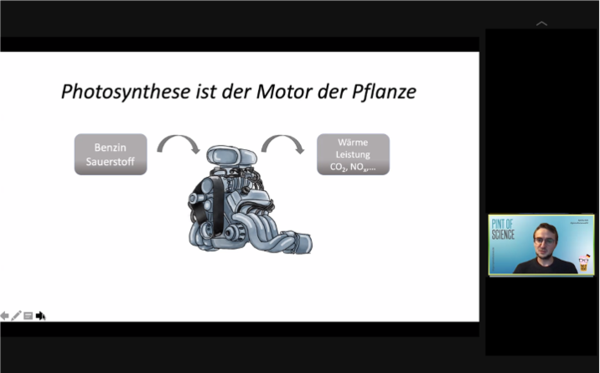 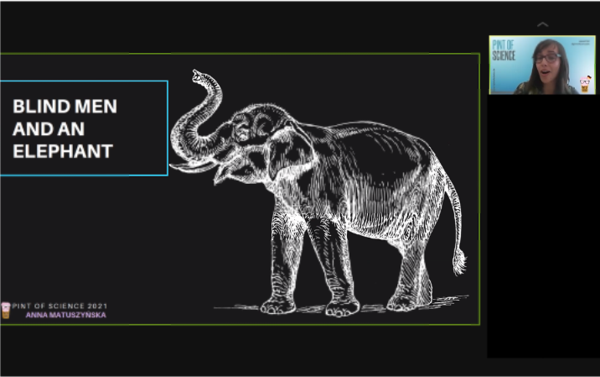 Anna Matuszyńska: Mathematically speaking, what elephants have to do with modelling tomatoes!